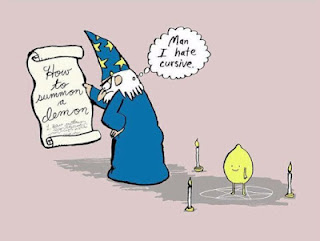 The Last Review Part One: I backed up both my Mythology & Folklore and Indian Epics blogs from the previous semester Part Two: After looking over the work I've done and checking the Progress Chart, after completing this EC assignment I will have met the grade (410 pts) I want in this class. Part Three: I am actually a big fan of the game of thrones so the first video that caught my attention was this: Aamcha Game of Thrones . This reminded me a lot of my Native American Music class where we studied the propagation of music across different Native American tribes. This video is just another way of showing how a different culture can be integrated into something as mainstream as the game of thrones theme song.  My favorite graphic I found browsing the announcements was this:  Demons and Lemons (Source: Announcements )
Post a Comment
Read more 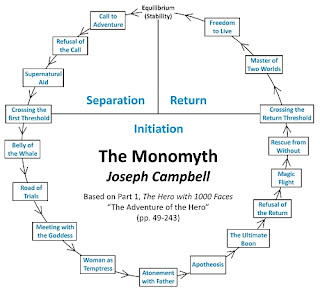 Crash Course Myth: Overview of Mythology Author: Multiple What is Myth?: Mythology is a culmination of knowledge Myths are very old and there is a possibility of different forms Has been argued and theorized for many years The line between myth and religion is blurry Stories that people have used in a variety of ways over a course of time Most don't have authors and their origins are vague Comes from the Greek word "mythos" A myth has significance and staying power The Hero's Journey and the Monomyth: The identical pattern or structure is shown between myths 3 parts and 17 subparts Usually broken down by part one: separation which is called to adventure or the belly of the whale or even crossing the first threshold Then there's part two: trials and victories of initiation which contains parts such as the road of trials, the meeting with the goddess, the ultimate boon, or even atonement with the father Last, there is part there: the return, where there could be re
Post a Comment
Read more 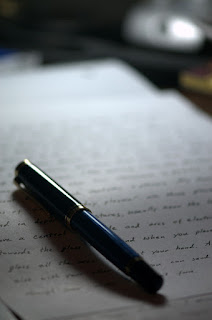 Story Lab TEDEd Videos: Style Notes: The Power of Creative Constraints apply across professions play a special role as drivers for discovery  an essential part of experimental design constraint arent the boundary of creativity but the foundation of it How to Write Descriptively the point of fiction is to cast a spell  engages the senses fiction plays with our different senses and the ability to make abstract and complex associations words can be used to evoke a particular quality of sound important to avoid cliches because they cannot evoke the quality you need in a story use well-chosen words to engage sound, sight, taste, touch, smell, and movement How to Write Descriptively  (Source: Writers Edit )
Post a Comment
Read more 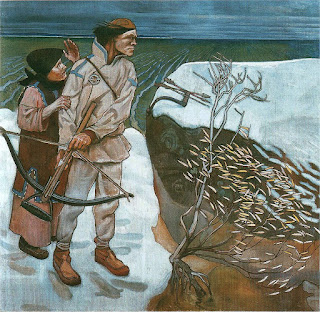 Kalevala Author: Elias Lonnrot Part B: Joukahainen's Revenge Then the youth Joukahainen paused then was ready and one shoot and one restrained him He shouted "I will shoot my arrows heedless" Then he spanned his crossbow and took an arrow from his quiver He took the strongest of his arrows He was then ready to shoot at V He spoke the words that follow "Do thou strike Birchwood arrow.. strike thou in the back.." Quickly after he shot the first among his arrow high above his head it went. He shot in reckless fashion his second arrow and it was far too low Then he shot again a third time and in the blue elks spleen was buried V plunged his fingers in the water grasping at the billows J then uttered words of his triumph He returned home and his mother asked have you shot V ? Slaughtered Kavelas famous offspring J followed with "I have shot V... sent him swimming
Post a Comment
Read more 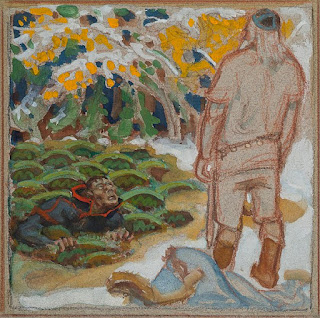 Kalevala Author: Elias Lonnrot Part A: Joukahainen and Vainamoinen V was old and steadfast and in Kalevalas lands he sang his songs and proved his wisdom He sang everyday words of ancient wisdom, songs that other children would sing it The songs of V carried throughout and in the south rumors were spread and reached Pohjola J was the meager youth of Lapland when visiting the village he would hear songs about another minstrel and that he was better Better songs than he could compass and better than his father taught him J heard these rumors with great displeasure and was filled with envy that Vs songs were greater He sought out his mother for knowledge and a journey where he can contend with V " I will set myself against him and defy him to a contest" Said J Then he went steadfast, eventually, the runner dashed together as they road against each other Their progress was arrested  V asked who are you and what is your lineage and that J dries recklessly without reflection J an
Post a Comment
Read more 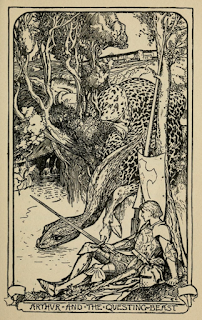 The End of Art          Art had just won his fierce battle against the mighty Mordred, however, he would not leave this battle unscathed. Mordred had managed to injure Art with a slash to the gut just before getting slain. Art had been bleeding profusely and was being tended to by his sire Tomas. Art had told his sire that his final wish would be to return his sword from which it had came in the sea. Tomas agreed and promised to uphold Art’s dying wish. When Tomas received the sword he examined it and saw the many jewels embedded around the sheath. Tomas asked Art, “Are you sure you want to rid of this sword, it would be better off in someone else’s possession?”. Art replied, “Yes, I have thought long and hard about this and want my sword returned to sea as I part ways with this earth.” Tomas left to the other side of the forest where the sea was and decided to hide the sword in a bush instead of getting rid of it. He returned to Art and told him he had got rid of the sword. Art asked
1 comment
Read more 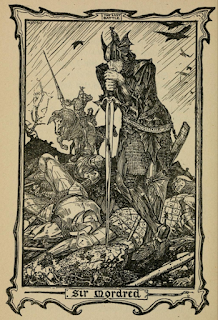 King Arthur Author: Andrew Lang Part B: King Arthur The End of Arthur Kind Arthur had won his battle against Mordred but had wounded on the battlefield and attended to by Sir Bedivere The king told sir his time was fast and to take his sword and throw it into the water and come back and tell him what he's seen Sir replied he shall do it however when he saw the sword and all its jewels he told himself that if I trow this rich sword nothing good will come of it so he hid it When he returned the King asked what he had seen Sir replied he saw nothing but the wind and the waves and the King replied that he must not be dealing with him truthfully The king ordered him to go back do his command and to throw it in Sir went again but his heart failed him when returned he told of the same thing King Arthur cried out your traitor and if you do not fulfill my bidding I will slay you Sir was shamed for disobeying the king as he went to throw the sword an arm came out of the water and caught t
Post a Comment
Read more
More posts